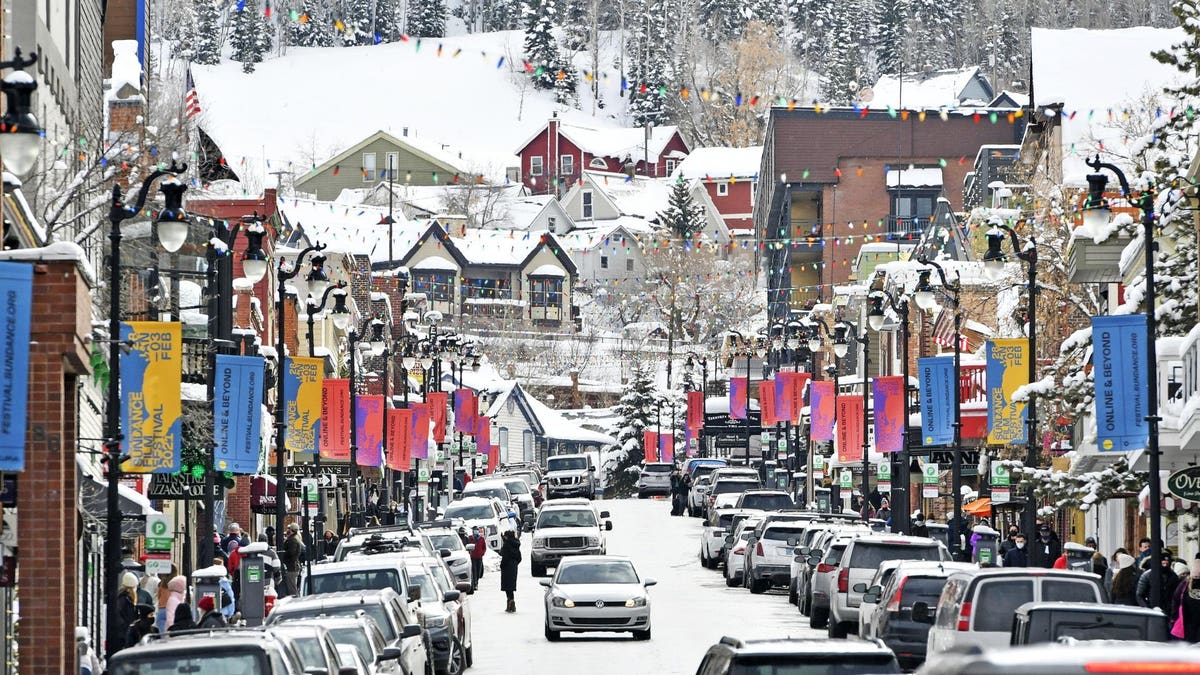 The Sundance Film Festival is well underway in Park City and Salt Lake City, Utah, and whether or not you’re in attendance for this year’s fest, no one knows the lay of the land better than Real Housewife of Salt Lake City Lisa Barlow.

In addition to her role as a cast member on the highly addictive Bravo series — which recently wrapped it’s third season and will be airing part one of a two-part reunion this week—Barlow who’s a 20+ year Salt Lake City veteran, struck reality TV gold when she famously claimed that “some people call her the queen of Sundance” on season one of the show. The rest as they say is history, and in addition to her work as the owner of marketing company, Luxe and a tequila brand called Vida Tequila, Barlow spends her time eating and experiencing the best her beloved city has to offer.

“We have so many insane restaurants and a very innovative food scene,” Barlow said in a recent phone interview. “Because there’s so many people who have moved to Utah from coast-to-coast and from different countries, and Utah is very supportive of people moving in from all over the world, we have a very unique culinary scene which I think sometimes actually really surprises people.”

Barlow shared her top tips and hidden gems for the best places to eat, stay and aprés on your next visit to Park City and Salt Lake City. Here’s what you need to know.

Home to some of the most luxurious hotel’s in the world, from St. Regis, Waldorf Astoria, Montage, and Pendry, when it comes to next level accommodation’s, Barlow’s number one recommendation is hands down The Lodge at Blue Sky.

“I tell every single person I know and love to go Blue Sky,” Barlow told Forbes. “It’s an Auberge Resort, it is magical, it kind of reminds of Amangiri in Southern Utah, it’s built by the same architect, it’s so chic, and what’s really cool if you’re a foodie is they’re always flying in award winning Michelin-starred chefs and doing a whole culinary program and you can count on amazing cocktails.”

Opened in the summer of 2019, from heli-yoga and sporting clay shooting to a state of the art wellness spa called The Edge, Barlow said the experience here is second to none.

“There’s nothing more breathtaking than when you enter the gate to go to the hotel and the restaurant, it’s just like nothing you’ve ever seen before, it’s so chic, and it’s a hot spot for the Kardashians and Justin Bieber stayed there, so it’s just really, really cool — it is literally my favorite hotel ever.”

In Salt Lake City, Barlow said The Grand America Hotel is not only “absolutely amazing,” but is also home to a five-star spa on property.

There’s no shortage of eclectic cuisines and amazing restaurants to choose from in Salt Lake City, but if she had to choose one, Barlow said Monarca is the best spot to grab birria tacos and modern-Mexican fare right now. She also highly recommends some of her other local favorite spots including HSL, Taqueria 27, and Current Oyster Bar.

In Park City, Barlow recommends starting on Main Street which is home to a number of top rated eateries including her personal favorites 350 Main, OP Rockwell, Fletchers and a hot new cocktail lounge called The Star Bar. “We have such a hot foodie scene in Salt Lake, I don’t think people realize,” Barlow said.

“Being in the alcohol industry and growing up in New York, you think, oh, only coastal cities have great food and beverage programs, but literally we have the hottest bar scene, there are so many hot-spots opening up in Salt Lake.”

Firewood, Tekila on Main and for something truly hyperlocal, a must-visit to Sammy’s Bistro are a must Barlow added. “Sammy’s is just a great place to jump into when you’re in Park City, it’s such a hot spot if you’re a local girl, or guy, you go to Sammys, I just really am obsessed.”

Known for it’s bars and a healthy après ski scene, when it comes time to imbibe Barlow said you can’t miss the sabering experience at St. Regis. Deer Valley,

“My Favorite place for après ski is definitely St. Regis, they have the best aprés ski,” Barlow said. “They are just the most chic and fun, I love the sabering, just the scene and taking the gondola up to the top and being surrounded by the mountains and watching the skiers, it’s kind of just magical. I’ve been going there for years, that’s just my favorite spot.”